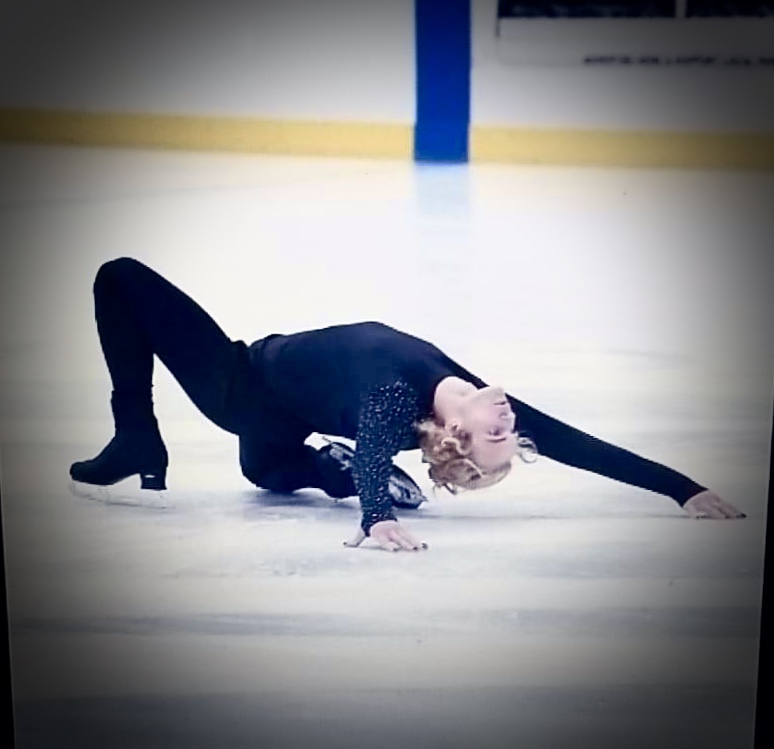 A few weeks ago during the Emerald Cup Bodybuilding Competition weekend. A young man approached me at my Merry Christine Bodywear booth. Beautiful long curly hair, black polished fingernails he asks me if I make figure skating competition outfits. Never have, but, that does not mean I won't. So I did. Here is his story.

He is 18 years old. At 16 years old he weighed 230 lbs. He was depressed and not motivated to do anything. His brother on the other hand is a bodybuilder. He invited him to come to the gym with him and that is what got him motivated. Resistance training, then running, he got the endorphin high and that is what put him on the path to health and fitness. A year later he had got down to 170 and decided to change his entire image by taking up figure skating. He had his very first competition last weekend and placed 3rd out of 6. He will be competing in his 2nd competition next month.

For Cade to get motivated like this in his mid teens is very rare and I cannot wait to see him move forward and maybe, you never know. Someday the Olympics? And I will always make his costumes. HOW EXCITING!

Be sure to scroll down to see his before and after photograph. 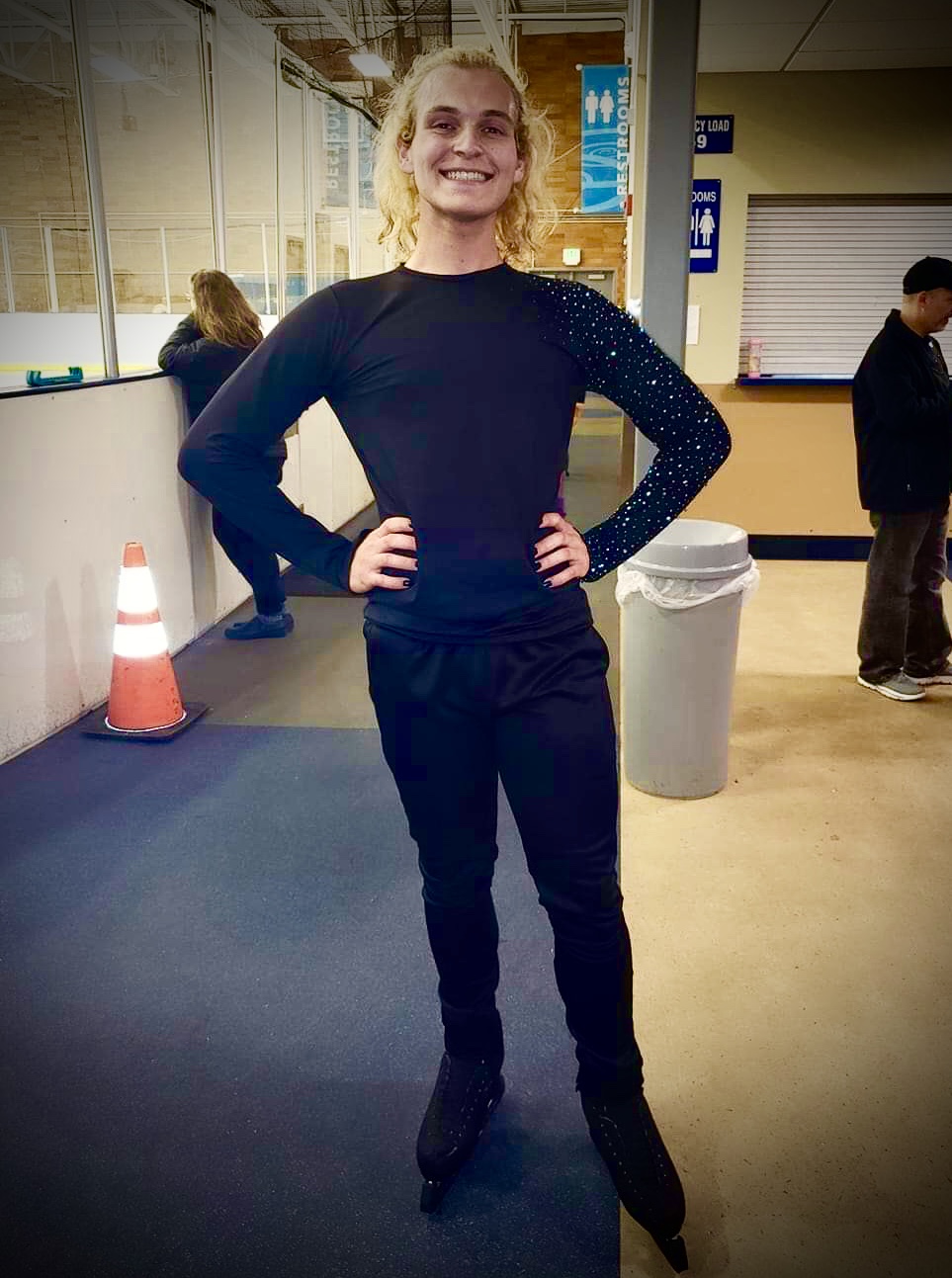 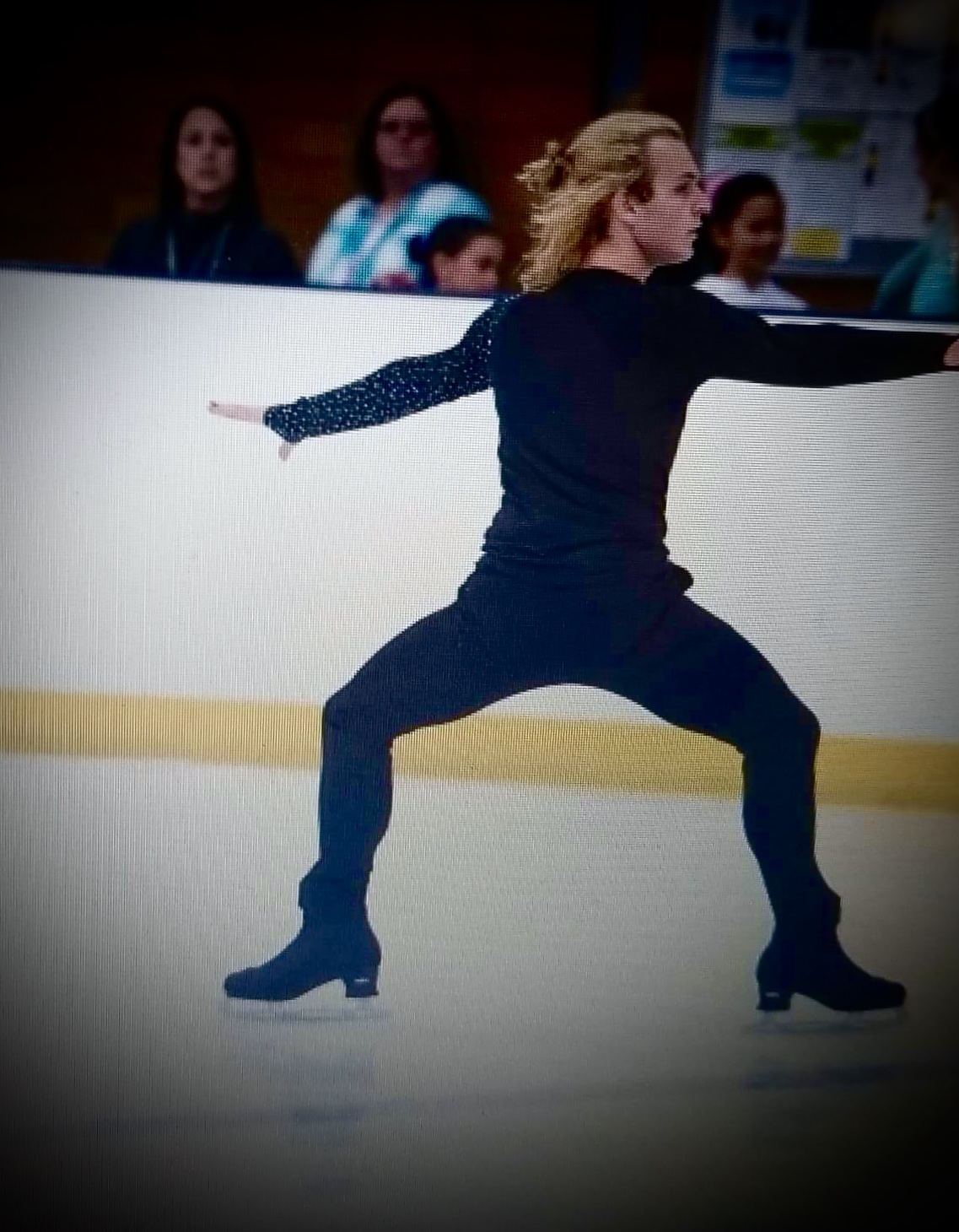 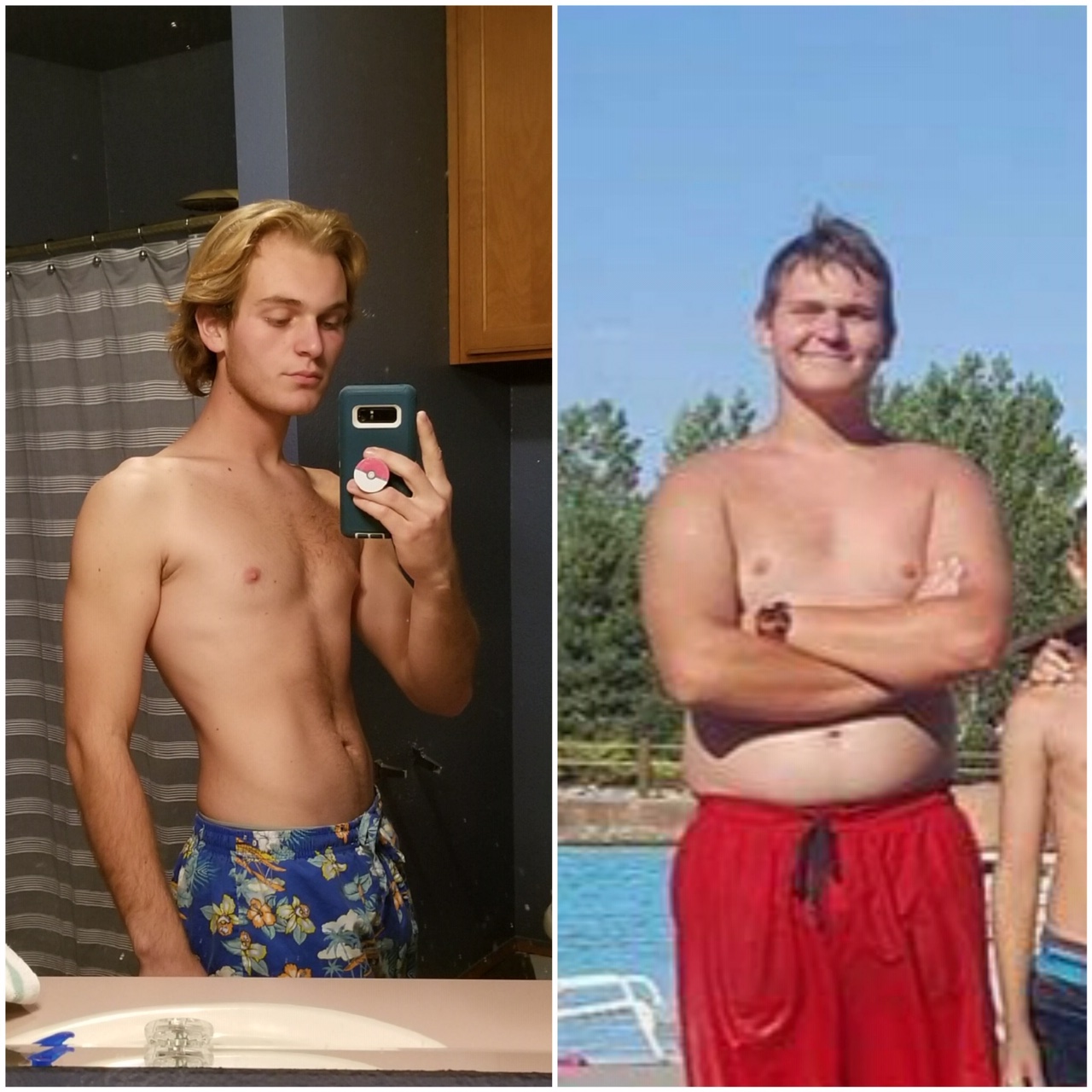