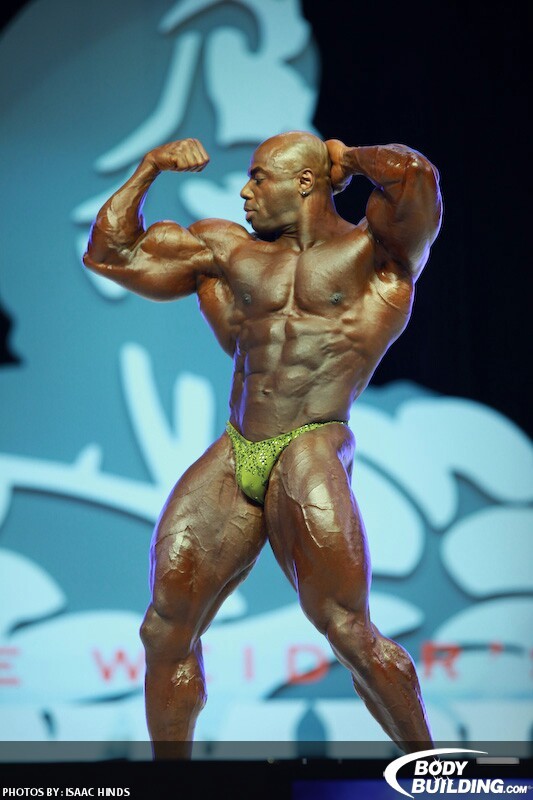 I have been working on the most intense nutritional experiment of my life these past seven weeks.  Now that it is over, and all has been analyzed, we are getting closer to the right formula.  With that being said, and I am NO expert on this topic, but I will say that I can conclude that MOST of these quack so call nutritionist/trainers that give bodybuilders diets by looking at pictures of progress, and I am talking about the male pro bodybuilders; these guys are complete morons.  They only know one way to do things and if it doesn't work they blame the athlete.  I have seen it several times with my dear Mr. T.  Our goal this time was to get him in bigger than he has ever been on stage, and we accomplished that, but off by a tad on conditioning.

By the Arnold he will be spot on and surely in the upper 290's.  People are always counting him out but bottom line is he DID stay in the top ten.  He beat some guys that were suppose to be in top ten and never made it, AND, I am SURE he is the healthiest  athlete of that caliber.  So piss on all that counted him out.  It just amazes me how negative the idiots are in this bodybuilding world.  I was also shocked to find out about the racism inside this industry.  THAT completely threw me off..........................WHAT.........ever.!

Hanging out as the VIP's at the TAO club in Vegas, I had my first experience with the new way people can avoid conversing at a table.  Text messages.  It was comical how every single person was continuously texting instead of acknowledging each other.  So, I joined in.  As I was texting my friend Dina telling her how silly this was just sending texts for the hell of it, I was pondering if the others were texting to someone saying the same thing.  WHAT............ever!

So, I have eight weeks to do cardio and eat fish and compete in December in LA.  I am pretty sure I can do it now.  And since Toney has taught me the importance of sodium, this will be the first time I use it dieting and even loading before the show.  But for now, the main focus is CARDIO!!  EeeWe!!!!  He is leaving me the oxygen machine so I will use it every time I do the cardio.  This will be interesting to see how far I can take it.

Well, hopefully, in a week or so I will have something worthy of reading to write here.  But for now, I am still on the original project.  A few more days.